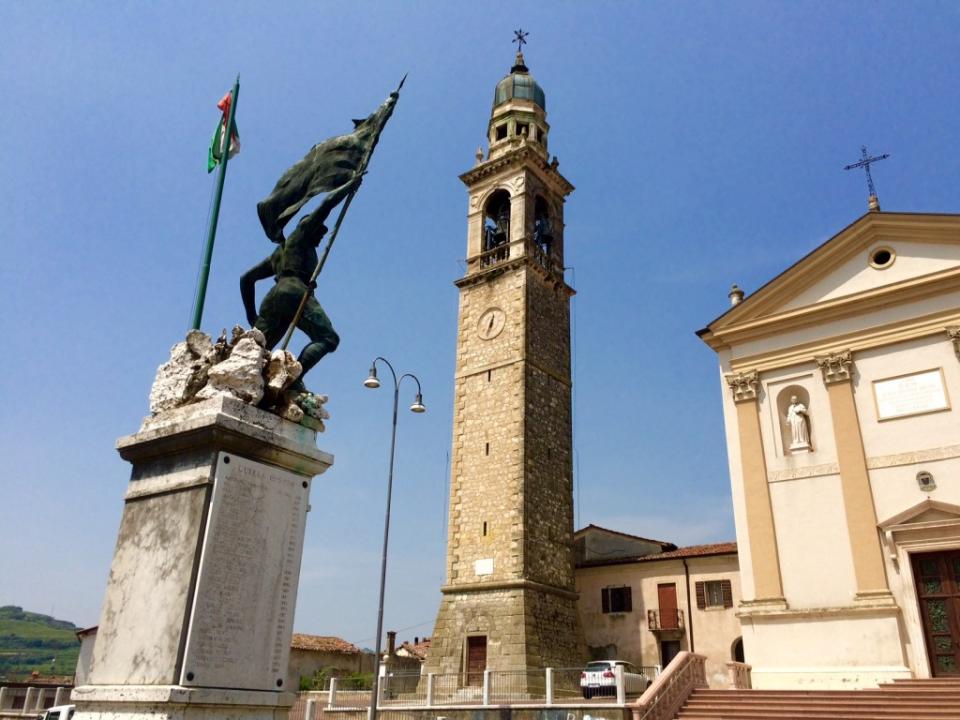 2015 is the 100th anniversary of the First World War 1915-1918 .
We would like to remember our family’s heroes, the great-uncles, Tessari Luigi and Pietro, fallen in war in young age.
Tessari Luigi and Pietro were brothers of our Grandfather Attilio, who was also an Alpine fighter but he was more fortunate than them.
Grandfather Attilio has strongly contributed in wanting to build a monument in memory of them, to be placed in the central square of Costalunga.
Pietro, a soldier of the Military District of Verona died in the Rovereto hospital for war wounds, at the age of 25 years.
Luigi, lieutenant of the Gunners in the Alpine Corps, died at just 20 years fighting heroically on the Piave.
Luigi was a student of Medicine at the University of Padova, and after the end of the Conflict was appointed Honorary Doctor.
His name is also written on the big portal of the Palazzo del Bo of Padua.

The stone bears the names Tessari Luigi (1898) and Pietro Tessari (1893).
COSTALUNGA / to its heroes FALLEN / FROM HUMBLE and HARD IN WORKING life / passed to immortal glory / dying for HOMELAND / MCMXV MCMXVIII

LIFE  The origins of this historical estate date back to 1890, but La CAPPUCCINA has always stood out for its look to the future: first, following the 1985 frost, it replaced the vineyards and started ORGANIC management, then acquired the vineyards of Monte Stelle, built the winery and barrel cellar in the 2000s, and finally restored the eighteenth century chapel.