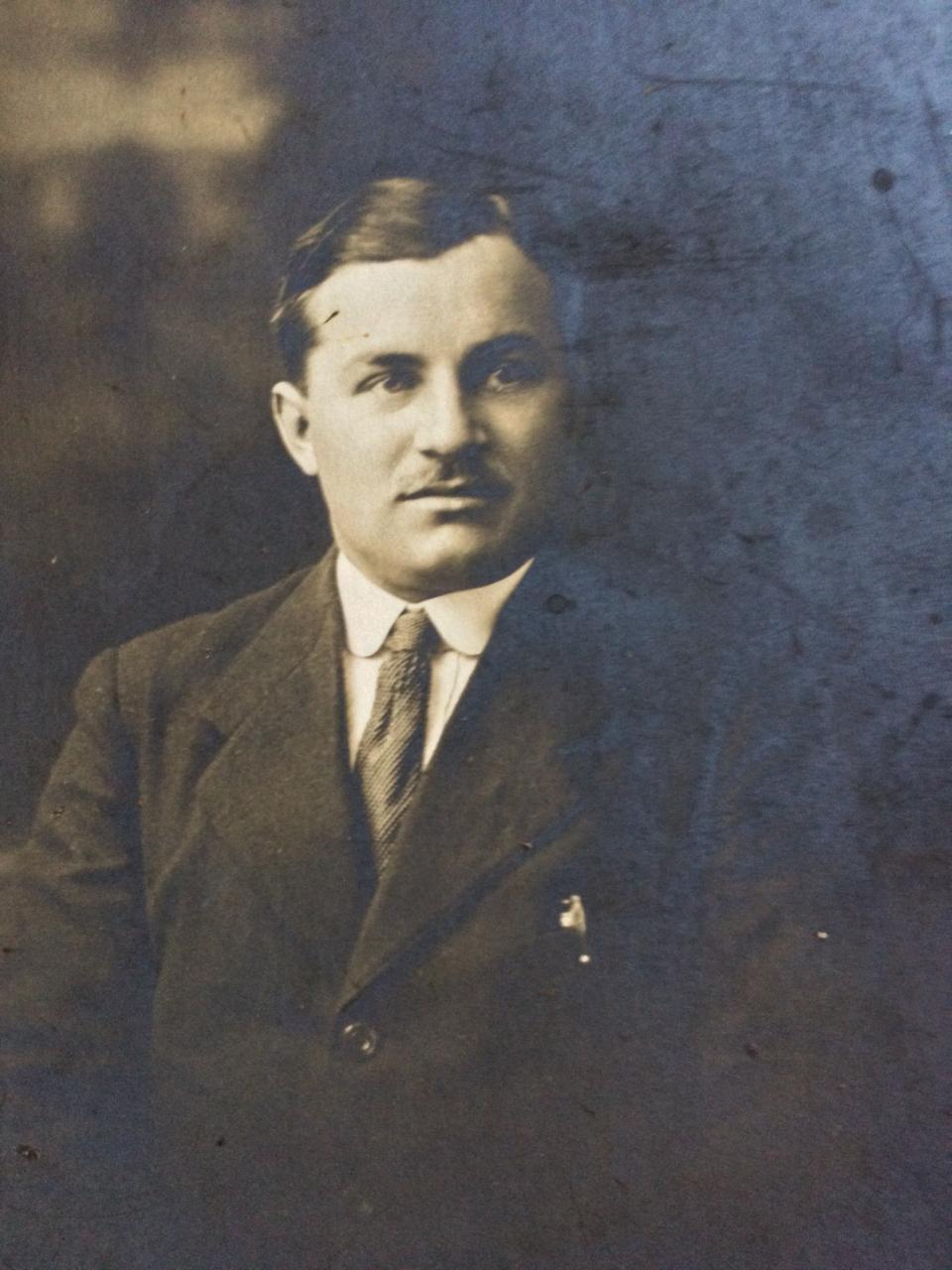 In memory of our grandfather, Attilio Tessari, who was for us, then young grandchildren, an authoritarian but also loving figure.

His passion for the countryside cultivated with love that bears good fruit, the vines and, even before, tobacco, and the garden with its plants, now centuries old, and its lush flower beds, are among the photos imprinted in our memory.

But the grandfather was much more and we like to remember him in this brief but intense biography Comm. Attilio TESSARI (9/2 / 1891-17 / 5/1976) Maggiore degli Alpini

Every man leaves a trace in the world. Attilio Tessari has always lived under the aegis of a charismatic star, which illuminated the lives of many people, at the turn of three centuries.

Born in Monteforte d'Alpone (VR) in 1891, his existence crossed the dark years of war with courage and dignity, he rode the reconstruction and the years of lead, he died in 1976 in the embrace of his beloved family.
How many vivid footprints we can leave, in silence, in commitment, to build a peaceful tomorrow for our children and grandchildren.

Telling about his life is like trying to represent a dream: ineffable, lived day after day, with determination and concreteness that smells of earth, shining with a clear sky, burning with an ancestral hearth.

Attilio Tessari was born and lived for his family and for Monteforte d'Alpone, third son of five brothers, two of whom died in the war.
He studied at the Don Bosco Institute in Verona, with which he always maintained a relationship of friendship and collaboration, which earned him the certificate of merit as a former student.

He has been with the Alpine troops since the First World War, an Alpine heart was beating in his chest, a tenacious and faithful fighter, for which he received the Silver medal for military value at Cima Lozza on Mount Ortigara with General Arturo Bertello, of VI Alpine Battalion. And the Alpine has always remained, finished the wars, close to his "veci and bocia" of the Verona Battalion of the VI.

He was a founding member of A.N.A. (National Association of the Alpini) of Verona and then of the sections of Monteforte, Costalunga and Brognoligo, of which he was President, as well as of the Band of Monteforte, to which he was given his name. Family and civil commitment animated the days of this tireless man, a businessman with a generous soul.

Married in 1926 with Aurelia Pace, he had 6 children and fulfilled the role of mayor of Monteforte d'Alpone, from 1950 to 1952, free and enthusiastically. Thus he became, without ambiguity, with the modesty of those who do so without worrying about what it is said or of fame, a point of reference for adults and children in the village. Attilio Tessari was the godfather of baptism and confirmation of many boys, he undertook to give and seek work for those who needed it, he was esteemed and loved by all.

Expert and innovative farmer, tobacco grower and winemaker, lover of animals and flowers, he was one of the first founding members of the Soave social winery. His passion for the world of wine led him to devote himself entirely to his own cellar, on which the reputation of La CAPPUCCINA was founded, and to make wine from his own grapes with the help of his son Lorenzo.

He was among the first winemakers to plant the monoculture vineyards in Garganega with the pergola system, which replaced the traditional support system with mulberry and cherry trees.
A passion that he passed on to his children and grandchildren, up to the 4th generation, which still today holds a very dear memory of his beloved reserve of Vin Santo and Recioto.

The passion for viticulture and civil commitment are also married to the enhancement of talents and artists.
In 1946 he was a patron of the Montefortian painter Alessandro Zenatello, who in that same year frescoed the walls of the family chapel dedicated to San Giovanni Battista (1725) and the Buri-Tessari villa.

Lover of beauty in all its expressions, diligent family man, he was widowed in 1940 and did not remarry. On the other hand, he always kept alive the feeling that bound him to the Alpini group: every year, on the first Sunday of July, he went to Mount Ortigara with his children and grandchildren to seal a love for his never-fading homeland.

"A father of a family, it was and remains for his five children and eighteen grandchildren a rare example of family virtues that are nourished in fidelity to God and to the Church, in the honesty of work and life", he described it with a few quick brushstrokes the commander of the Alpini on the day of his solemn funeral, in 1976, well aware that the example of the commendator Attilio Tessari, would have continued to illuminate other lives for many years to come. That day, accompanied by a procession of people, the beloved band and the Alpine troops, as soon as he entered the church he was greeted with a warm silence of emotion and gratitude.

The same that we will continue to feel, as an inspiring breeze and a harbinger of commitment for others, today and forever in this company.

A message of hope from our family Tessari La Cappuccina

These are difficult days, hard days.

Spring has blossomed and it is almost impossible if we are aware about it.

The work ig going on in the vineyards and in the cellar with the appropriate precautions, we certainly cannot stop.

The cycle of seasons deserves its course and the vine calls us.